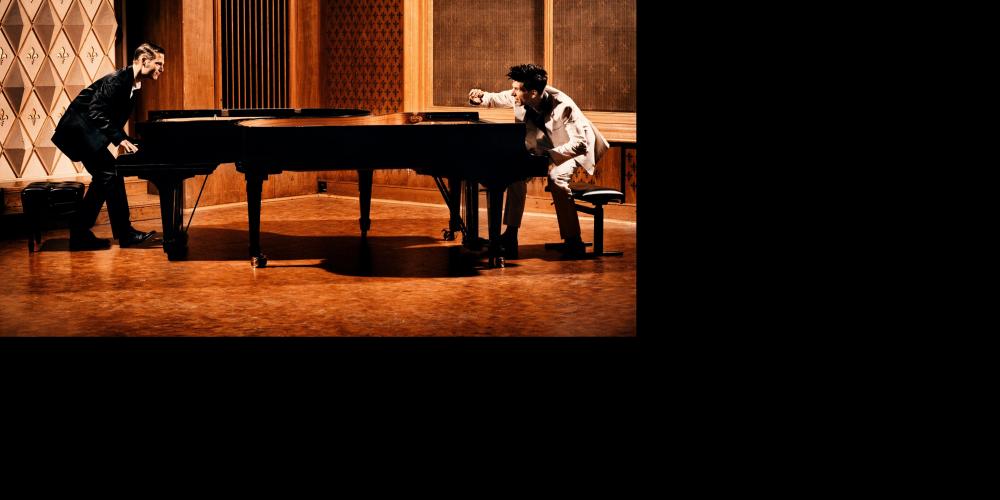 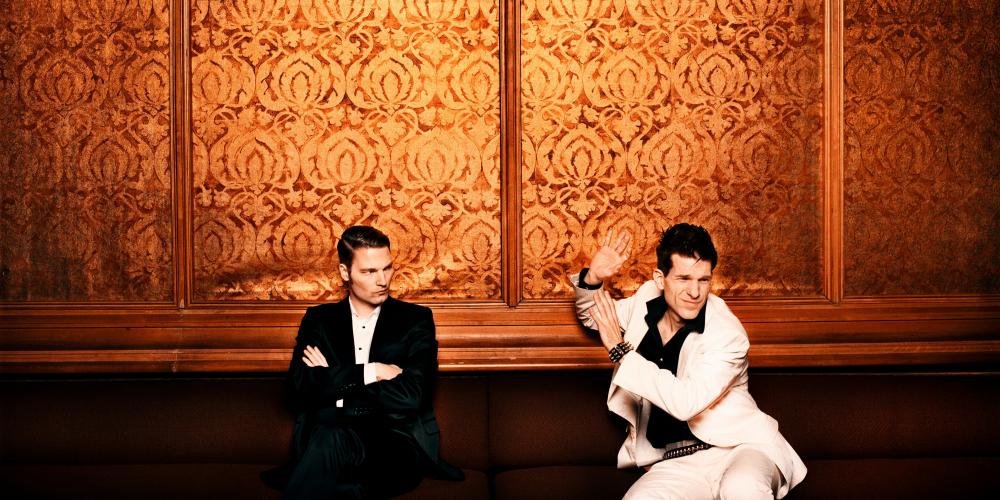 Chandler Center for the Arts is proud to present its CCA Anywhere Series. Watch on your phone while relaxing in your pool, take a listen on your tablet while eating dinner at your table, cast the performance to your TV to share with the family, share the experience on your laptop, or invite your concert buddies to a watch party from your respective homes.

Sixty minutes. Two pianos. One winner. In PIANO BATTLE, musicians Andreas Kern and Paul Cibis go head-to-head, charming and enchanting their virtual audience with a variety of classical pieces. The two artists, each with a distinct performance style, will duel for audience votes as they perform the works of Chopin, Lizt, and Debussy.

Want to test their skills? Use the chat box to challenge them to improvise your favorite song! This interactive and highly engaging live virtual show will combine the class of a concert performance, the fun of a piano lounge, and the comfort of your living room for one great way to start your weekend.

Educated in Hanover, Berlin and London, Paul Cibis has performed on five continents and established an international presence. He has been invited to international festivals in the UK, Germany, USA, South Africa, Hong Kong, China, Taiwan, Australia and New Zealand. In addition to his many concert appearances, he has been featured in radio and television programs around the world, including the BBC, WDR, 3Sat, ORB, HR, RTHK, and CCTV.

Paul has released several albums, including a collection of French mélodies and piano works by Berlioz, Fauré and Debussy, in collaboration with German mezzo-soprano Barbara Senator. His latest album features a collection of solo pieces by Taiwanese composer Kai-nan Huang.

Born in South Africa, Andreas Kern studied piano in Cologne and Berlin with Günter Ludwig and Pascal Devoyon. As a soloist and chamber musician, he has extensive experience in Europe, Canada, Hong Kong, China, Japan, India and South Africa.

Keen to present classical music in unconventional ways, Andreas has developed concert projects and formats that often feature unorthodox venues, or whereby musicians collaborate with artists in other fields, such as theatre and dance. Such performances have successfully drawn a much wider and younger audience than traditional classical concerts.

Andreas Kern has also created the critically acclaimed “arte lounge” for the French-German TV channel Arte. As the show‘s co-host, he has performed with musicians including Mischa Maisky, Renaud Capucon, Sol Gabetta, Sarah Chang, Vadim Repin, Nils Mönkemeyer, Elina Garanca, and Jörg Widmann. He was also the architect of the Piano City Berlin Festival 2010, which featured more than 100 piano performances held in Berlin within one weekend. Since then, Piano City has branched out to other cities such as Milan, Naples and Barcelona.