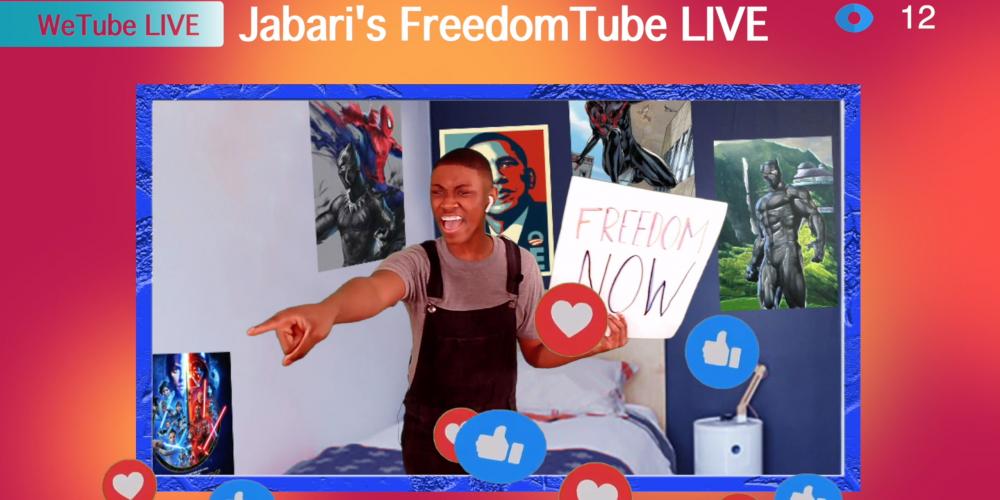 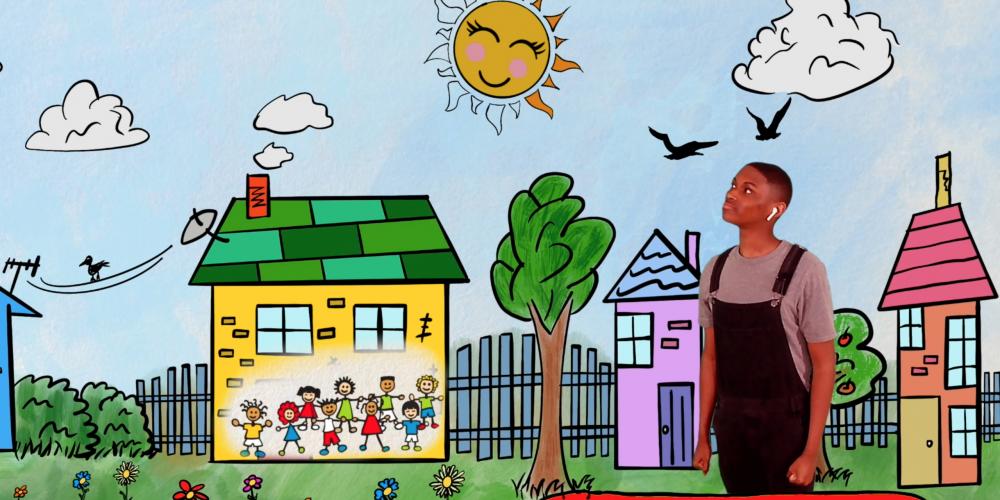 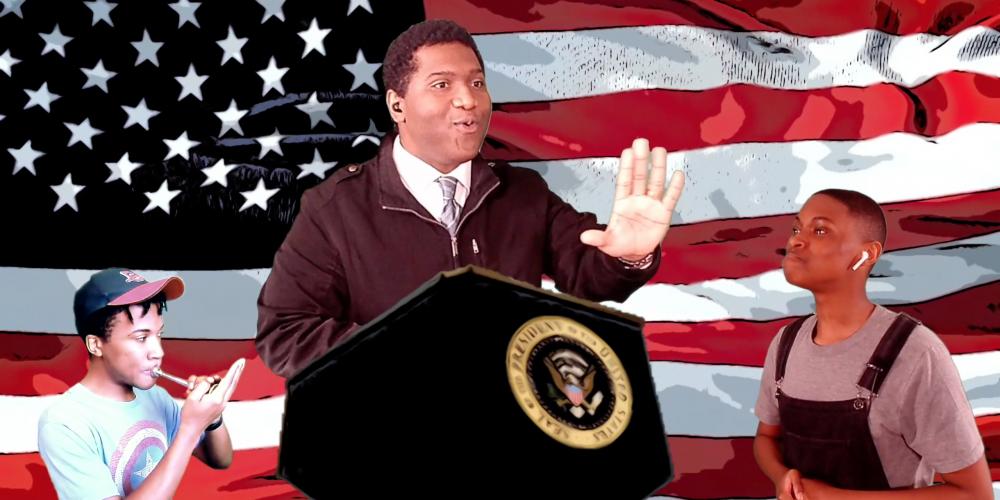 This performance is suggested for students, third grade through sixth grade. The full program is 48 minutes. Educators will receive a password-protected link to access the video on Vimeo, as well as a study guide.

Jabari Dreams of Freedom, written by Nambi E. Kelley, is a musical play that tells the story of Jabari, a young Black boy from the South Side of Chicago who loves to paint. Through painting, he escapes the turbulent world around him. When a friend is hurt by the police, Jabari is afraid to leave the house. With his Forever President Barack Obama as a guide, he dreams he meets children from the Civil Rights Era including Ruby Bridges, Claudette Colvin, and a 7-year-old Barack Obama on the eve of the assassination of Dr. Martin Luther King, Jr.

Can Jabari use the lessons he's learned to instill in young Barack the ideas he'll need to become president? Will Jabari take these lessons back into his own life and heal his community? Using history, rap, freedom songs, and humor, this play explores what it means to have courage in a world where Black children—Black boys—are not safe.

Note: This event is for educational purposes only and cannot be published online or shared with others. Contact the box office at 480-782-2680 for additional information or questions.

More About This Production and the Chicago Children's Theatre:

Founded in 2005, the critically acclaimed Chicago Children’s Theatre focuses on the production of first-rate children’s theatre, with top writing, performing, and directorial talent and high-quality design and production expertise. In 2017, Chicago Children’s Theatre became the first theater for young audiences in the nation to win a National Theatre Award from the American Theatre Wing, creators of the Tony Awards. Led by Artistic Director Jacqueline Russell, Chicago Children’s Theatre has built its national reputation due to its focus on diverse, new work, producing 20 world premieres in the last 15 years. These productions enjoyed successful inaugural runs in Chicago, many followed by productions at theaters across the U.S.  CCT opened its first permanent home in the West Loop in 2017 in a former police station.  Chicago Children’s Theatre also produces The Red Kite Project, a multi-sensory interactive theatre program tailored specifically to the needs of children on the autism spectrum.