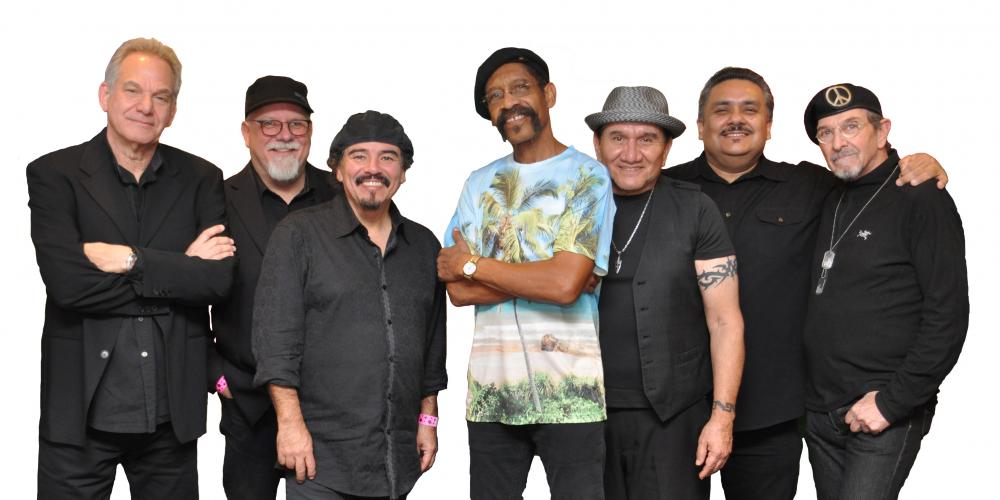 The evolution of WAR began in 1969…and WAR has been evolving ever since.

Funk music went mainstream because of the fresh and funky beats of multi-platinum-selling band WAR. The original Afro-Cuban street band has been sharing its timeless music and message of brotherhood and harmony for nearly five decades in front of millions across the globe. They have made some of the most memorable songs of our time: “Slippin’ Into Darkness,” “Cisco Kid,” “Low Rider,” “Don’t Let No One Get You Down,” “Why Can’t We Be Friends?,” “Outlaw,” “You Got The Power,” and “Spill the Wine” are just a few of the many (many!) hits that sold 50 million records to date with 17 Gold, Platinum and Multi-Platinum album awards.

With samples and nods by artists such as Kendrick Lamar, Flo-Rida, Thomas Rhett, Tupac, Smash Mouth, Janet Jackson, Dave Matthews, Korn, and countless others, it is evident that WAR remains a household name.

Join us earlier in the day for the Lowrider Car and Art Show presented by the CCA and Original Street Life. This free event will be going on in the West Parking Lot at the CCA, 11 AM to 5 PM, with more than 200 lowrider cars on display, food trucks, an ofrenda to original WAR bassist BB Dickerson and more. DETAILS HERE